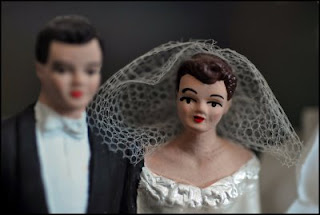 Two days ago, my mother-in-law would have celebrated her sixty-first wedding anniversary, had Marty’s dad not died a decade ago. This Christmas, my parents will have been married forty-seven years. Maybe long marriages are in our genes. My husband and I will celebrate our fifteenth anniversary next May, and we lived together for eleven years before the big day.

In twenty-six years, neither of us has ever cheated. There was an almost or two, but, unless you count my visibly swooning (and probably drooling) over Bob Schneider, we’re pathetically faithful.

Certain kinds of people always chuckle when I say I’m certain my husband has never had an affair—either sexual or emotional. Cheaters—they think everyone cheats.

A few times in our relationship—usually, coincidentally, before or after a Bob Schneider concert—I have given Marty permission to get himself some strange, but he just won’t do it. I know it’s because he loves me—and he’s terrified that it would give me permission. And then someone else might fall in love with me, too.

I’ve been thinking about it, and I wonder whether it would bother me, after all these years, if he had a meaningless romp in the hay with some nubile thing. I could say yes with certainty a decade ago, but now I wonder if all marriages shouldn’t come with a Get Out of Jail Free card or a built-in marriage vacation for a week every seven years.

Marty can’t believe I’d give him up so easily, even for a night. “What if you came home and found Catherine Zeta Jones in bed with me?”

Marty looks wounded. “What if she falls in love with me?”

“Oh, yeah. Because poverty is so sexy.” 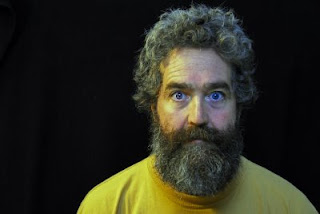 Maybe that’s what makes men’s fantasies so much more unrealistic than women’s. No, I’m not a 24-year-old blow-up doll, but I’m not bad for forty-inaudible mumbling], and I could very well be the hottest offering in a room—like those couple of times we trekked to small rock clubs on weeknights in snow storms. It was slim pickin’s for rockers. I could do in a pinch.

But even with permission, I couldn’t do it. What would be the point? Who needs the heartbreak, the disillusionment? Who needs to get naked in front of a stranger at my age? And who needs the host of dangerous microbes that only a lead condom could stop? (Talk about a seven-year-itch!)

What most people need to keep the sparks in their marriage is the knowledge that someone else desires them.

So, Catherine, now you know that you are at the top of my husband’s list. This is my gift to you and Michael. Happy Anniversary.