want some whine with that, bitch? 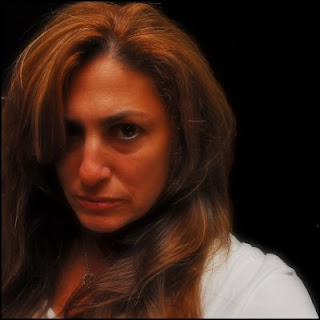 As if we needed to devote any extra time to complaining, October 1 is the “official bitch day.” Don’t we bitch too much—about cellphone users and language abusers, political creeps and carb creep? Don’t we whine enough about our aches and pains and pounds we gain? And ugh! All that bad grammar we have to put up with! Like sentences ending with prepositions!

Sometimes we just want to let it out to the people who’ve been there, get some affirmation for our daily struggles—in the express lane, where the sign reads an illiterate “15 items or less” instead of fewer, behind the lady with 30 items. We want to commiserate, which breaks down to being miserable (miserate) together (co).

When I woke up this morning after a delicious night of sleep, which was preceded by a riveting episode of Law & Order SVU, which followed good sex, there was nothing for me. My daughter came downstairs wearing the right, clean school uniform, her hair brushed. The air was cool and gorgeous. My handsome husband was pleasant.

And then my Internet, which ought to be called Intermittentnet, screwed me, turning on and going off every few minutes.

And then I got cut off on the way to my appointment with the back doctor. The car was some fancy yellow thing with JACKIES on the tags.

I arrived to my 9:30 appointment ten minutes early. At 10:30, when I was not the next patient to go back, I complained. Of course it’s not the receptionist’s fault, but she does need to do more than look at me with a squinched up face and tell me she doesn’t know what’s going on. She needs to get up and find out, even though doing so changes nothing.

A woman who arrived a while after I did is also a patient of my doctor, so she wasn’t happy when she realized how long I had waited. Our discussion in the waiting room—about how it is obscene to make people wait like this, especially people in pain, and how we should not stand for it, and how we consistently have to pay $5 for parking that ought to be free, were we in and out of there on time—was loud.

The patients were riled up, yes, but not enough to form the army that we needed.

Not enough to walk out.

We’re not stupid, after all. It took us months to get our coveted appointments. We couldn’t possibly step out of our place in line awaiting these blessings from our gods. Going all Michael Douglas on their asses isn’t an option, either. 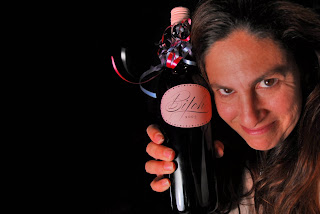 I have one standing obligation: Wednesday yard duty at the school. I relieve three overworked teachers for twenty minutes each at lunchtime. Yet here I am, in the waiting room an hour and a half past my appointment time, calling to say I don’t know when I can be there.

When I am at last taken back, the assistant yells my name through a window on the other side of the room before she has even opened the door. She walks me silently down the hall and puts me in a room. Then she explains, like I’m a stubborn child, that the doctor is still with the other patient discussing his films. She just wants to let me know that I might be waiting a little more. But she doesn’t apologize to me like she has to the other 15 patients who were seen earlier.

When the doctor comes in, she says she’s sorry, she knows I’ve been waiting. “An hour and twenty minutes,” I say. Yes, she acknowledges, as if reading it from a card, my time is also valuable. “It’s worse for us. We’re in pain. We’re depressed,” I say. We’re listening to old people complain about their bursitis and last night’s dinner.

I can understand emergencies. I’ve been an emergency now and again, and I feel bad for all those people who have had to wait because of me. But why aren’t emergencies built into a schedule? When I first visited this back doctor, I waited for just as long before being seen. I couldn’t sit or stand. I had to lie on the floor. I’m sure there was an emergency that day, too, and there will be another emergency when I return in a month. (Fortunately, I had the sense to make myself the first appointment of the day.)

So why can’t all physicians take an example from my daughter’s pediatrician. Block out between one and two hours a day mid-day or an hour each in the morning and the afternoon—just for people who need to be seen right away. Even if they did this two days a week, it would cut down on our waiting time, which would surely decrease our surliness and remedy our respect for them.

Even still, when I go to a restaurant, I’m told how long the wait will be. When I register at the desk for a doctor’s appointment, why doesn’t someone say to me, “I’m sorry. The doctor is an hour and a half behind. Would you like to reschedule or go shopping for an hour?”

I was ten minutes late to yard duty at my daughter’s school.

All the children in the fifth grade cheated at four square.

Maybe October 2 can be the official Bitching Hiatus.

Getting angry with Bob always makes me feel better.

This entry was posted in Uncategorized and tagged bitch, complaint, essay, moan, whine.