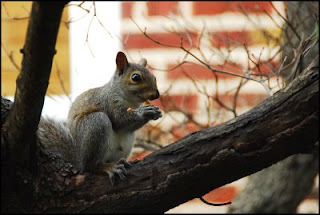 Every day, a squirrel climbs the ornamental cherry tree between my yard and my neighbor’s. I’ve been spending the afternoons on the living room sofa and am often startled by movement outside my side porch door. The squirrel makes his way down the limbs to the berries at the end of the tree, right outside my window. On the third day, I started noting the time: 2:45. 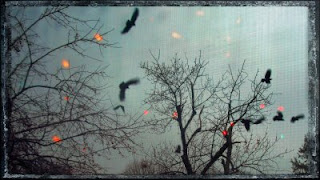 Last winter, between 3:00 and 4:00 p.m., crows partook of these berries. I remember being astounded by them while Serena and I were decorating the Christmas tree. They would let us watch them from the window— me, every day for a month or so until they’d moved on—but if I got the camera, they’d fly off. The crows have returned; 3:20 is berry time. They shoo away the squirrel, who sometimes comes back when they depart. 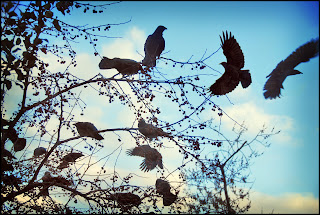 Few things in this world are reliable. Immanuel Kant’s walks around Königsberg were said to be so regular that neighbors could set their clocks by his passing by their homes. But that’s a legend, like the one about Mussolini’s trains running on time.* Swiss watches are more dependable than most. Seasons don’t change on time; sometimes spring and winter miss Baltimore altogether. At least the planets still revolve around the sun, which rises and sets every day, sometimes with pageantry. Mankind hasn’t found a way to interfere with that yet, unless you count pollution, which makes the skies better but the air worse. 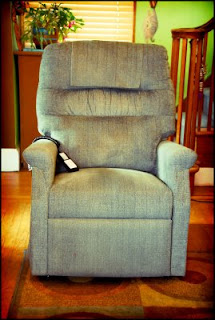 We want to count on things, but we’re damned if we do. In my old days of cynicism, I kept my expectations low, but even that didn’t stave off disappointment. Because deep down you just want to trust even the untrustworthy things, like weather or your lover. You can rent the gigantic tents, but rain on your outdoor wedding is a bummer (it’s not, however, “ironic”). You can prepare to be forgotten on Valentine’s Day, as you are every year, but when there are no flowers, you feel both worthless and foolish.

It’s not your daughter’s fault that she’s sick three days before your surgery or that your best friend, whom you’re counting on to come down from New York to help with recuperation, is coming down with something herself. But it’s still disappointing. It’s disappointing that the B and E strings of your brand new guitar—the one—buzz annoyingly, so much that the guitar has to be returned for repair. 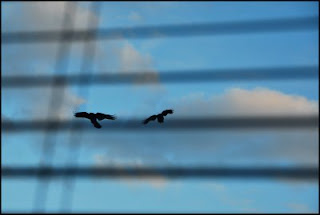 Right now, I’m still counting on surgery to restore the feeling to my outer thigh, my calf, and three numb toes on my left foot, as well as take the kick out of my butt, the hunch out of my back, and the hesitation out of my bladder. I’m not expecting it all right away, and I’m only asking for the minimum. I know it won’t rid me of all the pain or restore my strength or make me able to run five miles—ever again.

I’m counting on spending the next two weeks in my living room, perched on my electric recliner, which I had counted on to be one of the most hideous pieces of furniture ever, right down to the tufted back, the antimacassar, and the dark wear spot on the seat. I was not disappointed. Every day around three, I will wait for the squirrel and then the crows. This time, I will be the unreliable one. Instead of chasing the birds and beast away by running to the door with my camera, I’ll only be able to sit there and watch.

Unlike me, the crows will not be disappointed.

*False. Though the railroad system was better than ever under his reign, it was spruced up just prior to fascist rule.

This entry was posted in Uncategorized and tagged crows, essay, reliability, trust.