In the following story, the names have been changed to protect the guilty. Photos are for illustration purposes only and do not depict actual persons or television shows. 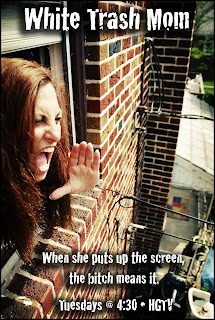 A friend of mine, Mary, is a little stressed out. In addition to her nearly full-time career, she has two kids in different schools, both involved in sports and artistic endeavors, and her husband is mostly away.

She wakes her son, Ken, for school every day at about 7; he’s usually quick to get ready, and they’re a family of late sleepers, so that’s the last possible minute. One day, Mary calls to him from the other room and gets in the shower. He is of an age that he shouldn’t have to be watched, but you know how that goes; at 7:15, he is still in bed. Mary doesn’t hear him stirring and sees that he’s still asleep. “Get UP!” she screams. “It’s time for school! Get up NOW or else!”

“Or else what, Mom,” Ken calls back before he promptly falls back asleep.

Mary yells again. “Get UP NOW, or I’m gonna come in there and beat your butt!”

“Hahaha, Mom. I’d love to see that!” her son yells back, cackling. He doesn’t budge.

At 7:30, the boy is still in bed, and his mom is yelling again, “I mean it! I’m not kidding! Don’t mess with me! Get up NOW! I swear if you are not up in the next few seconds, I am coming in there to beat your butt!”

Ken erupts into spasms of laughter. “I’d like to see that! Yup, I’d sure like to see you do that! Hahahaha, Mom. Good one, Mom.” And at 7:40, Mary goes in the room and plants a good whallop on his tiny rear end right through his covers, and leaves the room with an extra “Now GET UP” for good measure. 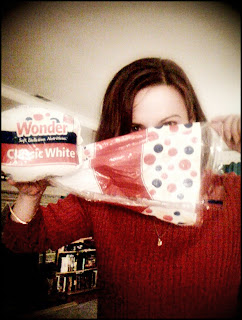 The boy shrieks. “You hit me! Mom! Mom, you really hit me!” He gets up and dresses quickly, though obviously still in shock, alternating between mutters and bursts of yelling. “Mom, it still stings, Mom! It stings from where you REALLY! HIT! ME!”

Mary is now downstairs in her kitchen, facing a new dilemma: what to feed her kid for lunch. Ken had recently declared a disinterest in sandwiches, so Mary had begun packing peanut butter crackers and yogurt. Now the yogurt is coming home nearly uneaten, and there’s not much left to give him. “Will you eat peanut butter?” Mary calls to the still-muttering boy. He feels the sting of messing with her, so he asks nicely if she’ll put some marshmallows on it.

I am close to tears from laughing at my friend’s hysterical tale, but I suck air through my teeth when she gets to the bread. Mary’s a little disgusted and embarrassed; she’s surprised I’m laughing, as if this were an example of parenting gone horribly wrong. “I was looking at the kitchen counter. My mom was just here, and she did the shopping and bought white bread. So here I am, spreading peanut butter and marshmallows on top of Wonder Bread after having just beaten my kid. Could I be any more white trash?”

Sure. She whooped him through the covers, after all—not with a wet hand. And although the bread pushes it just to the edge, she would have to be missing some teeth and living in a trailer park in West Virginia, and even then she wouldn’t make an episode of Springer.

We all have our bad-mommy moments. I yell too much, and I cuss (I could fund Serena’s college education with my contributions to the swear jar). I spend too much time on the computer. I sometimes feed the girl cereal for dinner when my husband’s not home. But I pick her up and drop her off on time, make nutritious meals, and grunt disapprovingly when she wears her pants too short or her shirt has a stain on it. I pay attention to her hygiene. I clean the poop from her creature’s cage and sit alone in the car next to a bag of crickets every week because she has a tough schedule. I sometimes put the contents of her drawers, her closet, and beneath the bed in a mountain on her floor—something I learned from my own good mom. But I’ve never left her anywhere (unless you count the time I almost drove off from the Target parking lot while she stood banging on the window of the locked back door—a fluke), and I only make her rub my feet when they really, really hurt (usually in exchange for something, like a delayed bedtime so she can watch Law & Order SVU or, her favorite, Criminal Minds).

Roseanne Barr used to say, “I figure by the time my husband comes home at night, if those kids are still alive, I’ve done my job.” While both history and news are full of fucked up parents and damaged children, it’s still funny in the proper perspective. After all, a smack on the rump and makeshift fluffernutter on Wonder Bread are not going to put our kids in therapy or give them a movie of the week.

Do you have a BMM? What is the most embarrassing thing you’ve ever done, the thing that you were sure made you the worst mom on the planet?