“Everyone’s special, Dash.”
“Which is another way of saying no one is.”
—Dash and Elastigirl, The Incredibles

“And when everyone’s super, no one will be.”
—Syndrome, The Incredibles

Once in a rare while, my mother will call, and we’ll have a conversation that starts like this. 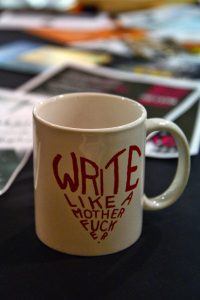 I am a writer. I have an undergraduate degree in English, an MFA in Creative Nonfiction, and a book published by Simon & Schuster. I’ve been writing for magazines and newspapers for thirty years, and I taught college English for 17. My 8 to 5 job is as a writer in the marketing department of a public corporation.
All writers need an editor, and my mother is a great one.
Most of the time, she calls with edits, corrections, and suggestions. She tells me when a word doesn’t mean what I think it means or when I’ve misspelled one. Her overall opinion is sometimes buried beneath the numbers of pieces of constructive advice on how to make my work better. I trust it. So when she calls me sobbing over a poem or an essay she saw somewhere, I know it’s a winner, and I can’t describe that feeling.
I grew up long ago, in the ‘60s and ‘70s, when blue, red, and white ribbons were given for first, second, and third place. Back then, earning a B meant you were above average, and earning an A meant you were excellent. Participation was its own reward, the act of showing up unworthy of special acknowledgment. 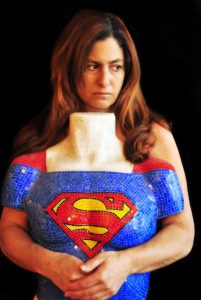 I grew up to be a confident realist. I know the difference between what I do extraordinarily well and what I do poorly. I know I’m a mediocre singer and a below-average guitar player, but when I do them together, I can make some pretty good songs. Mediocrity is sometimes the means to an outstanding end.
I also grew up to be the same kind of mother as my own—one who is delighted by what her children can do, who is proud, who is frequently verklempt, and who encourages them to excel at artistic endeavors, despite knowing that it may keep them poor, because it makes their lives so rich.
My daughter played her new song for me on Friday, shortly after she wrote it. I listened patiently, ideas and thoughts about how she could improve it swirling around in my brain. When she was finished, I told her it was “very nice,” thanked her for sharing it, and left the room.

We busied ourselves with dinner preparation, and eventually, with a hint of trepidation, Serena broached the subject of her song. She was a little annoyed with me. Did I really like it? Did she really want to know? 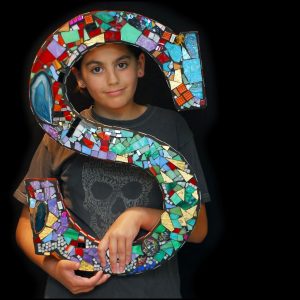 We all desire approval, and we don’t want people to think too hard about it because they might notice that a word isn’t perfect or that we settled for the most predictable rhyme (again!)—run with gun, anymore with door—or that we played a big, fancy lick when understatement would have been much more powerful at that moment. So she wasn’t happy to hear that even though I liked it, I thought seven minutes was too long for a slow song and eight times was too many to repeat the same line. She remained annoyed with me all night.
Some parents would have applauded and kissed their wonderful children. And some children would keep hitting the nail on the side or missing it altogether. When do they learn that the things we do well even as experienced adults don’t come out of us perfectly formed any more than our dent-headed children did? How does a 16-year-old girl’s song achieve absolute perfection between brain and page? Under-scrutiny is a recipe for a lifetime of mediocrity. (This is only a blog post, but I will have edited it for hours and days before I publish it, and even after that, I will wish I’d written this paragraph differently and better.) 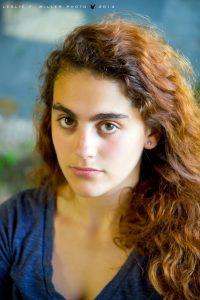 I used to call my daughter the Cal Ripken of Rock and Roll. Serena shows up and plays her heart out. She does so many things well that she can make the team look its best by picking up the slack. She’s reliable, and she’s helpful. And that makes kids who play with her want to do their best, too.
But there are other times when she’s the Babe—the Bae—and knocks that shit out of the park.
I want her to know it every time. I want her to trust me when I tell her that she is spectacular. And the only way that can happen is if I also tell her when she’s not.
One day, when Serena is no longer living under my roof and my wing, and I don’t get to watch her compose music and listen to her noodle on the guitar, I’m going to see a video of some magnificent new song she’s sharing with the world, and I’m going to dial her number. She will answer the phone (if she’s still speaking to me), and I’ll say, “[sob] Hello [sob],” and she’ll say, “What’s the matter?” and I’ll tell her, “It’s [sob] so beautiful [sob],” and she’ll ask “What?” and I’ll say, “Your song. I don’t know how you do it.”

In that moment, she’ll know not only that she did it but how she did it. And getting a phone call like that one might even be why she keeps doing it throughout her spectacular life.