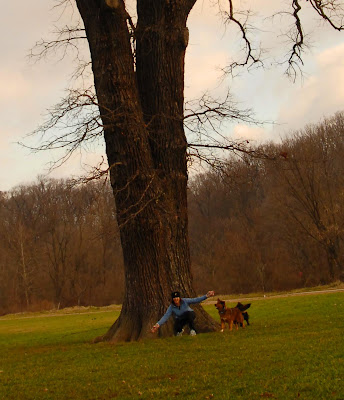 I loved a tree.  Correction: I love the tree, though it’s been dead a long time.  And despite the fact that it was chopped down today, its logs hauled away, I will continue to love it.
I met the swamp white oak, which I called “my tree,” “favorite tree,” and “swamp thing”—at Herring Run Park in the early nineties, when Marty and I started walking our  dog, Beowulf, there. Cleopatra soon came along, and their baby, Buddha, joined the tribe.  Jett and Chance have sniffed around that tree, too.  It’s a tradition with the park dogs.
I took my baby there. Just before Serena’s third birthday, after 9/11, we were playing at the tree—running around it, talking, sitting.  My daughter was imitating Diane Rehm, whose show was nearly always on in our car, especially during the crisis of fear. She picked up a stick and spoke into it: “Mr. Terrorist,” she said in a gravelly voice, “Do you use a credit card or take your lunch?” 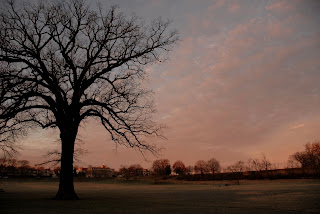 For a few springs in a row, an oriole built her nest in the old swamp oak; you could see it hanging precariously, seeming to dangle from a limb like a softball on a string.  We kept looking for that nest long long after the oriole song had abandoned the park for good.
The tree was the cover of my homemade chapbook—croetry, which contained all my poems about birds.  I watched the tree fill with crows.  I watched owls and vultures and hawks land there.
I used to run at the park, and I took my camera there regularly, shooting that tree almost every time.  I have thousands of pictures of it on my storage drives.  In my Flickr set, my favorite tree: RIP, I have just 38 photos.  All these years I thought I was posting too many pictures of that tree, and I didn’t post nearly enough. 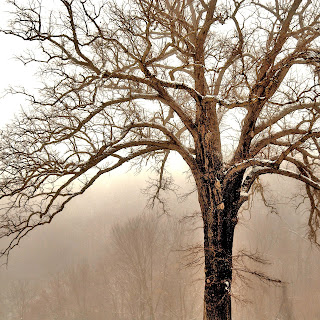 After my back surgery, I didn’t visit it as much as I used to.  And a few years ago, some stupid, bored, hateful human, set a porta-potty on fire underneath it and killed my tree.  When I saw the damage too much later, I broke down and cried.  Red and white warning signs cropped up around it, and threats were made regarding its removal, but after a few years, I figured it wouldn’t happen.  The City only cares for a park when caring is in the budget.

The email came today, though, announcing the deed.  And it is done.  Marty visited the spot today, but I don’t know if I am prepared to face its absence.

This tree has been my only god.  I have told it my secrets.  I have asked for its guidance.  I have loved it as much as any person could have loved a tree.