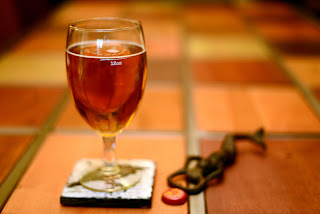 Were I a writer of odes, I’d dedicate a book of them to my beverage of choice.  O, the bitter bite of hops, the sting of bubbles on my tongue, the heady scent of yeast that fills the head with a nostalgia for a life not even lived—full of knights and castles and beer goddesses with trays (and corsets) overflowing with nectar and big tables of heavy wooden planks, a visual and aromatic palimpsest of rings of ales sweated down the stein and spilt from the tankard!  And laughter.  (“Does anybody remember laughter?”)
Ahem.  It’s been 18 days since I’ve drunk a beer. I embarked on this endeavor to eliminate mother’s hoppy helper because I wanted to deflate my beer belly, and I was certain this, along with a sugar ban, would work. 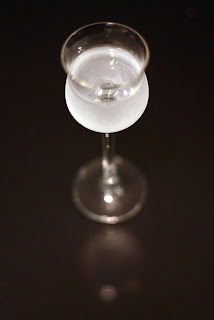 My company’s diet plan recommends you make goals that are SMART—that is  Specific, Measurable, Achievable, Realistic, and Time-based.  Specific: I gave up beer and sugar—mostly for weight loss.  Measureable: My clothes should fit better; I can count the beers I don’t drink.  Achievable: I can go a month without beer and sugar.  Realistic: People don’t have to drink beer or eat sugar.  Time-based: What the hell—it’s a month.
But does this make my goal smart?
In the eighteen nights, the more than 400 beerless hours, I have lost at least 216 ounces—13.5 pounds.  Of beer.  My body, on the other hand, empty of sugar and wheat, deprived of beer, has lost not a sip of weight.
And I am sad—perhaps sadder than I’ve ever been.  And it’s not the alcohol.  I’ve had a couple shots of frozen cake vodka.  Not beer.  I’ve had some gin and diet tonic.  Also not beer. Could I go a month without it?  Yes.  I could go a month without playing my guitar or taking a picture.  But why would I? Why should I? 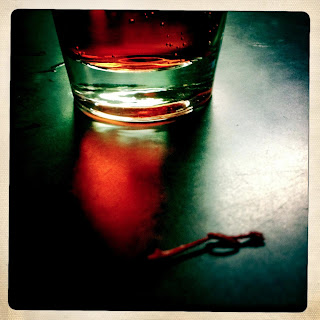 My husband would argue that I should because it’s good discipline.  He once stopped drinking beer for a year.  The following year, he gave up ice cream.  To what end?  Some people climb mountains because mountains are there.  Others climb them to get to the top and experience the breathtaking view.  That’s me.  I want the cherry on top.  (Not only because I enjoy tying the stem in a knot with my tongue and teeth.)
Every day, just like most other people I know—happy or unhappy—I go to work.  I have a long commute and a nine-hour day.  It’s dark when I wake up, and it’s dark when I get home.  And life, as the death of my 75-year-old father proved, is just too short.  In half of the time I’ve already lived, I’ll be his age.  Twenty-five years.  That’s 9,125 beers.  Of course, I don’t have to drink one every day.  But unless my physical and emotional health and those of my family and friends are impinged by my 12-ounce golden-brown liquid in my special snifter, the goal to go even another day without a can of joy, a bottle of pleasure, is stupid.

Why live without the things that bring delight to your life and cause others no displeasure?  Put a beer in my hand, and a smile will light up my face.  And you will be happier, too.

So tonight, all ale (well, one) will break loose.  In the words of a band whose very name is something I’d banned this month:  “Stick around for joy.”
This entry was posted in Uncategorized.