750 choice words about my feelings for the Beatles

If you are alive and American or English, you probably know this band—a.k.a. The Fab Four. You may have credited them with the invention of pop music, of four-part harmony, of heavy metal, of MTV, and of, well, everything! 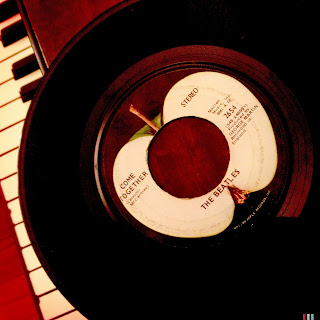 The Beatles are the best band ever, and here’s why: They are popular. They have sold over a billion records and have the most top albums and singles and number one hits and successful songs, and they wrote their own songs and used all kinds of crazy instruments (dude, a sitar! a mellotron!) and were on the Ed Sullivan Show. They were fucking popular, damn it!

And 42 years after they disbanded, they’re still fucking popular, damn it. From 1962 to 1970, they released about 24 albums and about 213 songs. Prolific popular motherfuckers. With all that going for them, why don’t I like them?

1. Their lyrics, for the most part, suck.

“Because the wind is high / it blows my mind” “And anytime you feel the pain, hey Jude, refrain” “She told me she worked in the morning and started to laugh” “Here comes the sun / and I say / It’s all right” “Baby, you can drive my car / yes I’m gonna be a star”

In general, I want more from my lyrics, though I don’t always need more. Bands like Led Zeppelin, who overflow in a bunch of categories, can be forgiven for things like “The Lemon Song.” Of course, there are exceptions, like “Let it Be.”

2. They have no tasty guitar solos.

The only Beatles song that has one of those (and it ain’t all that) is “While My Guitar Gently Weeps,” and non-Beatle Eric Clapton played it. Fans will argue that guitar solos are not what the Beatles were about. Yes. And I don’t like that about them.

3. There’s no edge, no emotional conflict, no real passion.

The Beatles are suits. They had some longish hair, and that’s swell. But they are buttoned up and sound buttoned up. Again, not what the Beatles are about—and another reason I just don’t like them—in a car, in a bar, or in my room while I groom. Of course, there are exceptions, like “I Want You/She’s So Heavy.”

I like coffee, not tea. And it really comes down to taste and preference. Do tea drinkers dress better, think better, love better? It’s not about better. I like George Clooney, but I don’t like Brad Pitt. I take the cake but leave the pie. I like gerber daisies but don’t care for roses. It’s really as simple as that.

I have never, ever said, “I’m in the mood to hear some Beatles right now.” I’ve never put on an album. I have, however, turned them off. Some of the best Beatles songs I’ve ever heard are covers of Beatles songs, and I still don’t like them all that much.

I do love your passion. It might rival my passion for a hoppy, snappy IPA. What I don’t love, though, is your righteous indignation. What’s it to you? I hold no stock in Brewer’s Art or Rogue or Flying Dog, so if you’re drinking wine instead or, worse, Coors Lite, what’s it to me? Will I look at you funny? Maybe. Will it keep me from being your friend? Nope. I’m sure we can agree on a few other things. (Everybody loves Bruce Springsteen, right? WHAT?!?!?)

If you dislike my favorite bands (Chuck Prophet, Marah, the Black Keys, the Kills, Cheap Trick, Pink Floyd) or my kind of beer (Resurrection, Dead Guy), you won’t find me posting links to them on your Facebook wall or heatedly extolling their virtues. As I like to say: more for me. I won’t have to worry about fighting you for the last concert ticket or six pack.

I hate the Beatles. I do not like them in my ears. Or even after several beers.  And my last thoughts on this matter are whispered words of wisdom: “Let it be.”