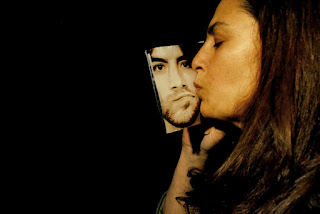 By the time I kissed someone I liked, I was good at it. Pillows, posters of Peter Frampton, record albums with David Cassidy on their covers don’t kiss back, but you can press your lips against them with force or gentleness. You can make your mouth a powerhouse. Kiss your forearm, though, and you can imagine the give of another’s lips. Practice that. Kissing feels as good as being kissed. This is both.

This week, Rob Brezsny’s spiritual advice to those born under the sign of ADD (Libra, if you didn’t know) is to embrace quality over quantity. Sometimes—with the exception of having babies and infections—quality emerges from quantity.

Practice isn’t a devil. It’s what separates the good from the great. I don’t need to prove anything, don’t write about studies and such, but if I did, I would point to a particular book about what separates world-class performers from everybody else.

To become a better musician—whether you have natural talent or not—you work at it, and that means finding the time to practice. And practicing means doing. You play. You repeat the same song over and over until your wife or daughter or mother or dog wants to strangle you with your guitar strap or whack you on the head with the microphone.

If you’re a photographer, you take more pictures. You pose your dog, your daughter. You fidget with the lighting, her hair, his one floppy ear, the backdrop. You take the same picture 47 times until it’s exactly the picture you saw before you began.

If you’re a writer like I am, you write more: a story, a letter, a poem, sentences. You edit the words. You massage them. You fuck with them until they are sore and tired and smoking beside you on the bed. 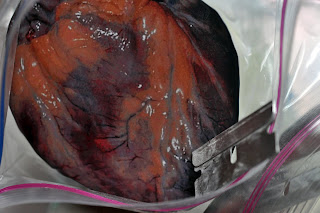 On April 1st, because it was the start of National Poetry Month, I started practicing poetry again. It’s been a long time since I’ve thought like a poet for any length of time. I write nonfiction and advertising—in both my day work and my freelance life. The first can be poetic, but it doesn’t teach economy. The second is economical, but it’s rarely poetic.

Poems are not stories with random or even planned line breaks. They aren’t born like babies (though they are sometimes emotionally painful)—all perfect, if a little wet and icky. They would need more than to be cleaned up: chiseled, sculpted, molded, rearranged, cut, dissected, tortured. Even my happiest poems need to ache a little.

For the last ten days, I’ve written about a poem a day. I share them on Facebook but not publicly, in case there’s a chance I can torture them into a publishing opportunity. But it’s not, as some have surmised, about quantity. It’s about practice and discipline and the hard work of thinking in precise, power-packed words. They’re like astronaut food. They’re like the little sponges before they take on water and become bathtub dinosaurs.

The words I use in poems need to combine to form a drug. You need to blister a little while you read it. The last line should give you some euphoria. Or some despair. I want you to wonder when the next one will arrive. No, to crave it.

We don’t need to be the best at what we do. But we should always want to be better at doing it.

I never did kiss the real Peter Frampton or the real David Cassidy. I’m still practicing, but I think I’m ready.