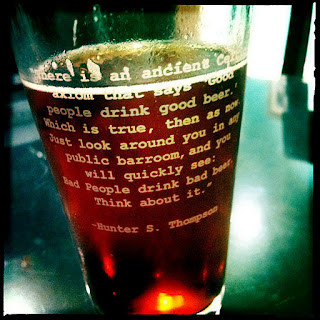 Today was a day like most other weekdays: long commute, long day writing mostly the same words in a slightly different order, work drama, some laughter coupled with paranoia and worry, a long commute, a beer, dinner, and the laptop and TV in bed.

On Thursdays, I go to shiatsu. I call it that, but Jim Hill doesn’t really do pure shiatsu anymore. He’s a “healer.” He knows what hurts me by what hurts him, and he takes care of it with his own brand of acupressure. I call it poking.

Jim presses my flesh hard with his thumbs and fingers and palms and knees and feet. While I lie on my stomach, he puts the flat of his foot on my tailbone, picks up my legs, one in each hand, shakes them like he’s spreading out a sheet on a bed, and pulls slowly. I am an inch taller, but it doesn’t count.

When I’m on my side, he twists my arm behind my back in some sort of therapeutic wrestling hold. No holds barred. I say “uncle” in my head and whimper while U.N.K.L.E. plays on the utopia Internet radio station. I’m the only one of his clients who requests something other than the mind-numbing new age sounds. We go for trip-hop—Radiohead and Bjork and Zero7 and Thievery Corporation. My current favorite is Eel, but I don’t like them much when I’m not lying on the floor.

Jim presses on my ribs. He grinds his knees into the backs of my thighs, his elbows into my butt, his fists into my shoulder blades. While I’m on my back, he pulls me from my neck, slowly, slowly, and I can feel my tailbone rising up, tucking inside my body, as if I’m turning inside-out. 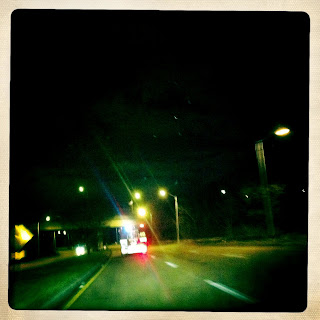 Before I leave work on Thursdays, I take a half a hydrocodone. I pay $100 for two hours of tortuous poking. Some nights, the pain is just short of intense, and I can fall asleep for a few moments. Other nights, like tonight, It’s too much. Jim stops working on my legs to poke a sore line that follows the underwire of my bra. These are lung points, he says, and asks if I’ve had trouble breathing—he means before now. I cough a little when I lie down, I say. I’ll be sure to remember my inhaler. When he goes toward my left side, I worry that he’ll touch the cancer. That it’ll bust open and gush through my body like an ocean. Last night, I had a dream that I needed back surgery and chemotherapy at the same time.

When my treatment was over, I got dressed and raced home, cursing the slow drivers, blessing my heated seats. On Perring Parkway, I pulled over to let a slow-moving Emergency Medical Services vehicle get in front of me. Through the back window, I saw the EMT pumping someone’s chest. He pumped and pumped and pumped. He stopped and looked at a machine and pumped again. He was frantic. I stared through the window, unblinking, hoping the tech would keep going because that would mean the patient was still alive. The ambulance was going too slowly. For two miles, from the beltway to Echodale, I was staring through the back window, thinking of that deer. The tech kept pumping, even as the truck turned right toward the hospital, so I did not cry.

I came home and drank a beer, ate dinner, and came upstairs, where I sit against a kind of pillow called a husband, The Mentalist on in the background, laptop engaged.

This entry was posted in Uncategorized and tagged beer, cancer, lymphoma, shiatsu.