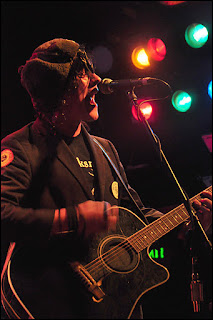 Topping my list of writing devices is The List. Lists are bare-bones instructions, yet they are also the meat. They are written with an affectionate detachment. They mean everything—and nothing. They are shallow, yet they come from deep within your soul.

In my favorite books are lists of kinds of apples and kinds of orchids, and there is poetry in the arrangement. You keep reading because it sounds like music. My favorite list appears in my number two favorite song of all time:

a bag of dead kittens and mufflers and engines
an army of rats and Colt 45
bottles and tires and shipwrecks and trashcans
a porcelain Jesus, your old Christmas trees

But nostalgia is a powerful love maker. There’s a familiarity and warmth that has you singing along with #149, smiling—if you’re of a certain age, of course. The age of our collective consciousness changes the game. It’s why you find songs by Adele and the Black Keys and Mumford and Sons and My Morning Jacket on that list, despite their having zero traction. These songs are someone’s favorites at the moment. How does yesterday’s hit overthrow the song you’ve loved for a whole life? “The Boys are Back in Town,” for instance. “Bennie and the Jets.”

My husband wants to know why we make lists of favorites at all. Who cares but the list maker? We all do! Lists are how you find a compatible mate or friend. Lists remind us who we were, who we have become, and who we still are. They bring back the summer of “Sarah Smile,” when Andrea Palefsky and I fell in love with the same boy on the beach. They remind us of the summer we pretended to love “Kashmir” for a boy—and found we really loved the song but not the boy.

My lists don’t change much. Sometimes my top four films rotate positions, but they are, always, Bladerunner, American Beauty, Lost in Translation, and Fight Club (the newest). Sometimes #5 is Garden State. Sometimes it’s Big Fish. It might even be The Runaways.

Of my top five songs, four did not make it. 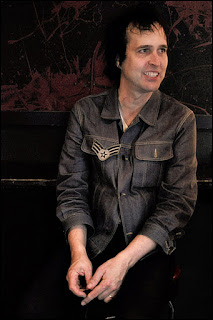 My number one song of all time rarely changes. I am, apparently, right.

And while two of my top three musicians did not make the list (to hear him is to love him), the third—the one who makes my monkey dance, the one who put the ram in my rama-lama-ding-dong, was the monkey in the middle, caught at #276.

My friend Kim drove us an hour away to watch him play for only an hour on Saturday night. We talked to him after the show, just as we did the last time—a year ago—and found him, once again, good and kind and interesting. He was also interested. He remembered me and The Book, asked about my recent work.

So—you know. Chuck Prophet “put the bomp in the bomp-shooby-dooby-bomp.” He did. He’s number one.