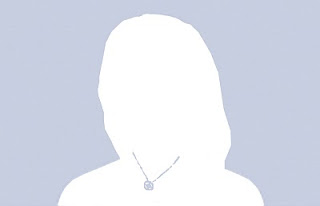 If it’s not mostly quarters, is change just unnecessary weight and an unsatisfying jangle?

We’re used to doing the things we do the way we always do them. We’re efficient—and complacent—that way. Most of us don’t even rearrange our furniture or get an entirely new hairstyle, despite all the evidence that change does our brains and our bodies good. Something as simple as driving a different way every so often can keep our minds from lapsing into forgetfulness, and the muscle confusion that comes from changing workout routines is encouraged by fitness gurus. We can even suffer from a phenomenon known as taste fatigue when we eat the same things all the time. (I rotate my ales regularly.)

But this uproar over the latest round of Facebook changes?

In all these years, all that Facebook stuff—all the networking and friendship and rekindling of old flames and sharing of videos and photos, all the love and support, all the drunken midnight status updating and the PopCap games—is still free. So if you quit in a mostly unnoticed protest over what you may mistakenly believe is yet another invasion of your privacy, understand that you miss more than LOLCATS and vomiting pumpkins and bad grammar.

Here’s the real problem, the real reason you are aggravated. You’ve been on Facebook for more than a year, and you still don’t know how to use it. You have a useful tool in your hands, but it might as well be a weapon. You post but don’t assume responsibility for the things you say, to whom.1 You can’t tell the difference between spam and porn, and your desire for the latter by clicking the former leads to an embarrassing tell. We’ve all made the mistake, but so many of you don’t know what to do about it immediately to make it go away.

Like VCRs, Facebook is not intuitive. You need to read the directions or “take the tour.” But most people don’t want to stop for a few minutes to peek at privacy settings, organize contacts, disable applications. You actually do have a right to complain about the president if you don’t vote. But how can you complain that the posts you make available to all your friends suddenly show up on a feed where all your friends can see it? Especially since the first time you complained about Facebook’s changes, it was because you didn’t see enough of your friends’ updates?!

One of the first privacy-related things I did when I joined Facebook was put my friends into categories. From day one, from the first friend I got, I started lists of people—NOGLI for people in my neighborhood; Homies for people who live in town; School of Rock kids and School of Rock parents. I have a category called “Anything Goes” populated by folks I know won’t mind my politics, my bawdy sense of humor, my cussing, my issues. When I post things that aren’t appropriate for kids, I exclude them for only those posts. I turn off my wall for people in the category called “People I Don’t Really Know.”

A few weeks ago, a social media expert was talking about the new “lists” feature developed to compete with Google+’s circles. I said, “New? Facebook has always had lists!” He was incredulous. Even the experts don’t know how to use the medium! 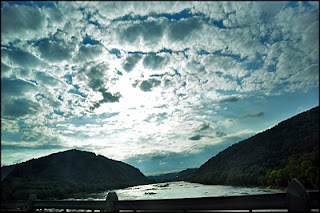 Some remarkable things have happened to me through Facebook. I sold scarves when I had back surgery, so I could afford an expensive red leather electric recliner. I got a lot of freelance work. I sold photographs. I got people to come out to Serena’s gigs and my poetry readings. I found old friends and made a hundred new ones. I fraternized with rock stars (one of them even made my photo his profile picture today!) and shared sunsets and songs and knowledge and jokes, good and bad, with everyone I know or almost know.

And yes: I share. You could call me an over-sharer, but don’t. I am a nonfiction writer and a poet, with all the eccentricities those titles bring. Plunk me down in a land called Facebook, and I am at home. Responding to me with a “TMI” or an un-friending is like bitching about drunk people in a bar. Some people have a drink or two. Some are the designated drivers. Some get tipsy. And some just need to kill the pain of the shit of their lives. Most of us have been all those people at some time.

And quit yer whining about it.

1A few months ago during a political scandal, my husband, a teacher of social studies (which includes politics and current events), stuffed his bike shorts with about twenty pairs of socks, poking fun at Anthony Weiner. It was an effort to make me laugh, something I was doing with less frequency after the lymphoma diagnoses (my dad’s and mine). I posted this photo on my Facebook page—invisible to kids, despite it being harmless—because it was the funniest thing I’d seen in weeks

Though I have but a handful of school affiliates as friends on Facebook, someone reported me to the boss. My guess is it’s someone who doesn’t know how to use Facebook, someone who didn’t realize that I’d had the good sense to restrict the photo’s visibility. I sent them all an email explaining why I had to remove them from my page.

This entry was posted in Uncategorized and tagged essay, facebook, opinion.