The other day, my friend Bruce posted this funny-but-true joke on my wall:

Leslie was drinking a glass of beer while outside with her husband, Marty.
Leslie said, “I love you so much! I don’t know how I could ever live without you.”
Marty asked, “Is that you or the beer talking?”
Leslie replied, “It’s me—talking to the beer, of course.” 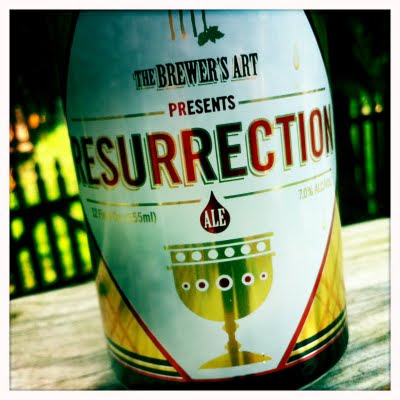 So when The Daily Post asked for the one luxury I refuse to live without, the hops that spring eternal sprang to mind.

But my whole life is luxurious. I have not just one computer, but three—a big Mac and two Macbook Pros (one is a work issue). I have an iPhone, a bunch of TVs, appliances. I have window air conditioners, a green-emissions SUV, and don’t get me started on the guitars. Guitars for backpacking and sitting in the kitchen and plugging in and turning up loud.

Gabi thinks our technologies aren’t luxuries—to us. She says we all have those, so we should keep that in perspective. After all, she doesn’t indulge in other luxuries: cars, dinners in restaurants, meat.

But where I live, technology is still a luxury. The buses are crowded with people who don’t drive because they can’t afford cars, and people are robbed for their cell phones. In fact, being a vegetarian—getting to eschew readily available foods in preference for others—is one of the greatest luxuries of all.

When my husband worked as a GED teacher at a school for at-risk youth (a misnomer; they’d already lost), we both saw a good deal of poverty. We lived in a raggedy rowhouse then and were pretty poor ourselves. But not by comparison.

I recognize that now. My whole life is luxurious. A nightly bath in a tub of clean water in a semi-clean bathroom is decadent. A piece of chocolate is heavenly. My job, my paprika-orange ride. But the one thing, the only thing (not person, not animal family) that makes coping with the other shit of life worthwhile, to me, is some bitter, sharp, tasty, hoppy, hopeful ale—preferably Resurrection or Dead Guy or Flying Dog variety. It’s my coping mechanism. It’s my go-to gulp, my heart mender, my mind bender. Even when I was making nothing, I was drinking something amazing.

And while I recognize that nearly everything in my life—from my cracked tile floor and leaking toilets to my pot of chili on the stove and two well-fed dogs—is luxurious, I don’t apologize for having any of it.

This entry was posted in Uncategorized and tagged ale, beer, luxury.