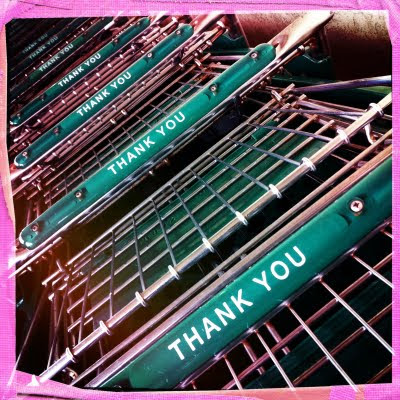 On June 2, I had nine biopsies of some enlarged lymph nodes in my mesentery (that’s the “double layer of peritoneum that suspends the jejunum and ileum from the posterior wall of the abdomen,” which, I’m certain, gives you a clear picture). I don’t think my jejunum and ileum are in danger, but my peritoneum was less lucky. I have lymphoma.

I have lymphoma. I have lymphoma. Lymphoma. Lymmmmm-phoooooo-muhhhhhhh. I say that over and over again. It’s low-grade, B-cell lymphoma, which means that it originates in the bone and will grow slowly, and I’ll go into remission, but it won’t die. It probably won’t kill me, either. Yet when I say lymphoma, it still sounds like cancer.

When I was first diagnosed, I did not look on the Internet for information except for the one time I saw that the median survival was ten to fifteen years. I’ve spoken about it on Facebook. I mention it in conversation. I use it, sometimes, to explain my tears over simple things like getting an IV stick before a colonoscopy. And everywhere I say it, someone tells me his uncle or her grandmother—or, as in the case of the nurse nervously spilling my blood in her second attempt at an IV stick, her daughter—has lymphoma, and he/she has never been treated or is ninety-five or is in remission or is under the care of my own doctor.

Today, I am awaiting the results of my endoscopy/colonoscopy biopsies. Next week, I will have my bone marrow tested. Because I have a stomachache, I will need some sort of treatment, most likely with an antigen—a four-hour weekly infusion. It is not supposed to have side effects, according to my doctor, but it does. (He also says the bone marrow test doesn’t hurt, but having Novocaine injected on either side of your spine, then more into your bones, then having the marrow extracted is likely more unpleasant than most things I can think of. So I try not to think of it.)

I am grateful to have had some good care at Good Samaritan Hospital, where I went not for the primary symptom of a stomachache but for a prescription for Nitroglycerine, in case I ever get another episode of the family curse: a spastic esophagus. Before I was to leave the hospital that day in March, the doctor examined me and feared I had appendicitis. I was in tears because I was just about to take my daughter to see Bob Schneider in concert for her first time. The results—nothing wrong in my organs but enlarged lymph nodes that would need to be rescanned in six weeks—weren’t particularly scary. Food poisoning or a virus seemed reasonable; lymphoma did not. Nearly all of these discoveries of lymphoma (lymmmm-phooooo-muhhhhhh, lymphoma, cancer) are accidental.

I am also grateful to Dr. Marc Gertner for taking such excellent care of me, for leading me to believe I have a good attitude, for treating me like he would a person he cares about. And to my family for their kindness and patience and money (insurance is denying everything, naturally). And a special thank you to my friends for thinking of me, checking up on me, for letting me cry and vent and be selfish. Thanks for all the cards and messages and homemade foods and offers of financial aid in the form of rock benefits and all the other niceties that somehow seem to rain down on me when I need them most.

But I am uncomfortable needing them. That has made this month even more of a challenge—as have a new car payment and job interviews. Still, I’m plugging away, getting my work done, writing for Baltimore Fishbowl, watching my daughter’s musical talent explode. Songs, new and old, are still being sung. Photographs are still being taken. The beer is still being drunk. This life is still being lived.

*That’s my girl on drums!

This entry was posted in Uncategorized and tagged cancer, challenge, june, lymphoma, photography, thank you.