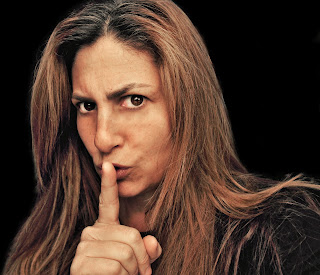 I have applied for jobs randomly over the past few years, but a few months ago, I answered an ad for a position that seemed a perfect fit for me.  Within a day, I’d scheduled a telephone interview.
This job was different from any other I’d seen in that I actually wanted it.  The talk went well: I’d read up on the company, so I was able to ask some good questions.  When I hung up the phone, I was actually excited and thought I had a pretty good shot at doing communications—writing, video, photography—for a rabble-rousing organization. (Perfect, right?)
I followed up with a thank-you email to the interviewer and reiterated that the position sounded perfect.  After two weeks, I sent another note letting him know that I was still excited and was hoping to hear from him about setting up an in-person interview.  Still nothing.  Another two weeks passed, and I wrote again, this time just to ask if he would please reply regardless of whether I was still being considered.
Nothing.
“Silence,” says my friend Ira Kessler, “is the new no.”
Why replace it?  No is delightful closure, as final as the last period in a book!  It doesn’t dash hopes but instead extinguishes the burning fires of desire.  No can be appropriately terse or delightfully polite.  It can be firm and direct.  It can be nope or nah or nuh-uh, for the ultra hip and casual.
No can come with excuses to soothe the sting: it’s not you, it’s me.  No can acknowledge the pain of loss without implying fault: I’m sorry to inform you….
Best of all, no is fast.  No.  One point two-five seconds.  Add a sorry; there’s still time.  But how about this: Dear Ms. Miller, I have filled the position.  Thank you for your interest.  Thirteen seconds, including a typing correction.  Press reply, and Bob’s yer uncle.
My third email to that guy was going to be a bridge burner, asking him whether silence was, indeed, the new no, admonishing him for not being considerate.  But my mother, my regular proofreader and compass of right and wrong, told me to reconsider.  What if the person he went with doesn’t work out?
Like the two people who had already held this position before he began his search again?   I bet he told them no. 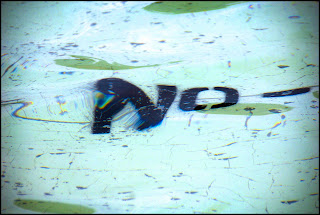 It might sound as though I haven’t let this go.  I have, but it’s a fine example of how advances in communication technologies lead to lapses of etiquette.  I need the no—or, at the very least, the acknowledgment that my paragraphs have reached their intended target.  How do I know that my emails to him—or the people at the stained glass store, to whom I have sent four unanswered emails since March 10; or the several people to whom I’ve submitted résumés; or the countless others from whom I’ve requested information, quotes, prices, etc.—were not caught in some virtual ethereal web of tangled ethereal virtualness?  They are not the kind of messages that one would expect to remain unanswered.
It’s not like I’m asking someone to make a poster for my missing cat.  And if I did, nothing is not better than no.  No is still perfect.
This entry was posted in Uncategorized and tagged email, etiquette, no, silence.