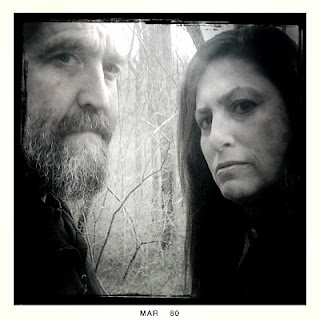 My husband’s and my love affair began in November of 1981 or 2—I’ve forgotten, but does a year really matter when we’re talking about a relationship that has spanned about three decades?
We’re still together, though it’s been a far-from-perfect thirty years.  And some weeks are more difficult than others.  Is it possible, at this late stage in our lives together, to reverse the trend?  So many people around us can’t and don’t. I doubt it will happen if my husband continues to wake me at 6:30 a.m. with his acoustic rendition of “Crazy on You” booming through the floor beneath my bed, though I must admit I do dig it when I’m fully awake.  So I have faith.
It’s been said that money is the number one cause of fights between couples—even in this relationship, where lack of money was never a surprise.  The one thousand or so of you who’ve read The Book know that when I met Marty, he was quite content looking like, and earning the income of, a bag man—and even told me once that his goal was to impregnate one beautiful woman in every country in the world to create the “international family of peace.”  I know he loves me because he stopped after the first one.
Now that I’ve gone through menopause (I’m not old, I’m early; it’s genetic), I’m even more convinced I need a wad of cash, if not for the repairs of the pesky and irritating flaws of my home—the spatter-warped cabinets and cracked kitchen floor tiles, the rotten bathroom floor, the absent hot tub—then to fix my drooping eyelids and pay the personal trainer to work off these extra fifteen Facebook-exacerbated menopause pounds.  But we’re both financially underemployed.  I don’t want anything frivolous—not stuff like a new guitar or camera, though, privately, I dream.

The sonnet I just wrote (only the second in my life, the first about eating the contents of an ashtray, which was the basis for a song I performed with my band in the eighties) captures what it’s like when two people choke each other out with alternating arguments and silence.  There’s no blame; if one has mood swings and flab, the other has unkempt hair and makes chewing noises.

I couldn’t have written this poem—well, wouldn’t have—without the help of a few of my Facebook friends.  For the past year, I’ve been requesting random words in my status updates.  Those who feel like it submit a word, and when I think I have enough, I write a poem using one of the supplied words in each line.  They take at least a week to write.  Much of the time, they’ve been good poems—surprisingly good—so I’m saving them for a book, rather than publishing them here.  But yesterday, I asked for seven pairs of rhyming words for a sonnet.  This is the poem that emerged.

It is no more autobiographical than any other poem I have written.  That is: there’s a mix of true for me and true for you. Poems take liberties.  They are life stories, but they do not concern themselves with facts.  And they are only a single moment, not thirty years.  We can tolerate five minutes of crack-of-dawn “Crazy on You” because of years of good times, good smells, and good tunes.

I hear unspoken words in every sigh
and in your heavy footsteps on the floor
I hear the truth you never tell.  The lie
instead is uttered while the rotten core
infects the flesh—where once was love is pain.
we’re ugly like the belching of a trumpet
prisoners of notes that make it strain,
exploding on the other notes that bump it,
cacophonous like falling silverware.
together, honey, both our names are mud.
though some might say we have this savoir flair,
I can promise this: there will be blood.
If we’re to stay together through this jinx,
I’ll need a couple carats and some minks.
This entry was posted in Uncategorized and tagged husband, love, marriage, money, poem, sonnet.