once more to the attic 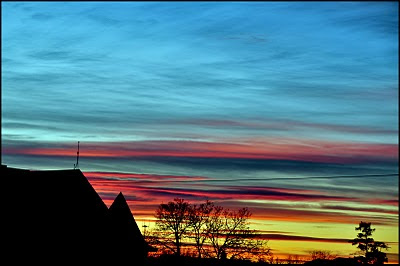 For the past couple of years, I’ve been writing what I call the Facebook Poems. I ask, as a status update, for my friends to submit words, and each supplies one until I cut the thread. I like to keep it rule-less, but I have to remind people to keep the words simple. The goal is not merely for me to write a poem; it’s for people to like poetry; somehow, if they have invested a word in it, they are more interested in watching it come to life. To some extent, I think they are surprised by how beautiful a poem can be—intelligible, too, and enjoyable.

Still, I get oddball words—words even I have to look up, words that sound icky, like my least favorite of all words, refrigerator. It troubles me to use “forthwith” in a poem because no one says forthwith in daily conversation. Banana is hard, too, especially for a serious poem. Bananas are insanely funny.

I got this set of words a few weeks ago, and I’ve been stifled. But I was determined to end this year with a new poem. And it brings me to my goal for the new year. I am hoping to write the rest of my Facebook Poems and send the complete book off to a publisher or an agent or something. I’m tired of my poems languishing while my blog flourishes.

Of course, my goal for last year was to get into a recording studio with a few of our best songs, and that never happened. So I’ma make it happen, hear me? This year.

Best wishes to you out there in space and time. I hope to see you again—always better in real space and real time, but I’ll take what I can get. Without further ado, the words and then the poem.

once more to the attic
for Bruce Ansley and Cleopatra

in the golden space between house and tree
—now magenta, now indigo—
in that space of fiery fervent sky,
I swim, lost in the bleeding striations of sunset.
In the attic, with its wicker chairs, old floors, and new heat
that squeak and hiss and settle, loquacious
as an eager child, I test my strength:
if I climb, I live, though it sounds banal.

in the rimed space between house and tree,
we bury the dog in a caress of old blankets,
pacified momentarily by the gesture of warmth,
like an infant suckling water for lactose,
a serenade of rush-hour crows poking holes
in the blurry scumble of greys above us.
we are raw as parchment’s deckle edge,
small humble mourners trembling.

in the quixotic space between house and tree
the scent of banana bread wafts outside, licks the bleak air
and, forthwith, shoots embers to the heavens.
like a phoenix, and once more to the attic I climb, I live.