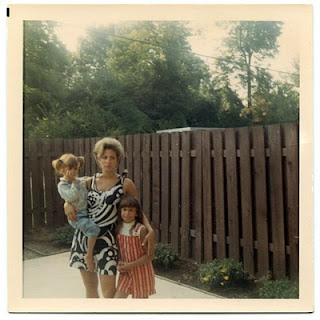 My mother worked outside the home before any other mother I knew. She was a school teacher when I was little. Later, she took a job with some architects, as a secretary, sure, but she always did more. She made the firm smarter, more grammatical, prettier. When a few of the architects left to start their own businesses, my mother went with one of them. She’s been the other half of her firm for three decades.

My mom taught me the maxim: old is good, new is bad. It fits in so many areas of life. Old houses are better built than new ones. Old appliances were made to last. Old furniture has style and character. Even the methods we use now to make jobs easy tend to complicate life. Mom’s partner, Dick, doesn’t use any kind of CAD system to design houses he’s built for people like Brooks Robinson; he drafts by hand. He prints in draftsman’s block, doesn’t need no stinkin’ font. My mom still has an IBM Selectric typewriter at her office. Nothing beats it for typing an envelope.

I’ve been thinking a lot about old things, and not just because of the new lines on my face, the new grey wires poking from my head. I think we’ve traded a lot of our soul for modern, for fast, for instant gratification. We can get the answers to anything so quickly that we’ve lost our ability to hold a thought, nurture a question. It’s good for the sentence, but it’s not so good for standing in line or for saving up for something special. It does nothing for discipline. We are spoiled. 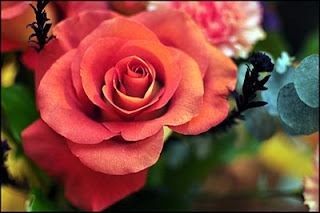 Yesterday was Mother’s Day, and I complained, again, that it was a day of cooking and cleaning, rather than a day of pampering. I made two quiches and a cake for brunch at my sister’s; she, in turn, shopped, cleaned, set the table, entertained. Is this the way it’s supposed to be? Where’s my special bouquet, my sterling silver bird skull pendant, my gift certificate for a fabulous tin belt buckle at Studio C? (As Woody Allen declared in an essay on phrase origins, “Where are my bellows and fruit, eh? All I rate is fiddlesticks!”)

I had been led to believe, by the new Mother’s Day Machine, that the second Sunday in May was supposed to bring me a card, a pedicure, some flowers, and a restaurant meal. But that’s not what Appalachian mom Anna Jarvis had in mind when she lobbied presidents for the national holiday. It’s not what her daughter wanted, either; before her death, she admitted regretting that Mother’s Day had become a holiday at all, if it was just going to be a way for florists and greeting card companies and restaurateurs to profit.

I know. Bah humbug. Mother’s Day detractors are just like those decrying the commercialization of Christmas. But every time I heard from or delivered to someone a “Happy Mother’s Day” greeting, I couldn’t help but recall the movie Brazil, in which it’s always Christmas, and everyone has some fancy-wrapped gift at the ready. 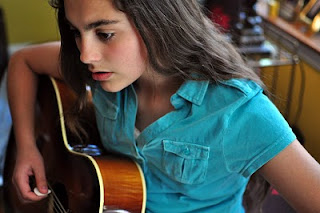 But is there anything I don’t have that I truly need or want or have room to store? And what could be a better gift than my daughter having learned “I Love Playing With Fire,” by the Runaways, just because I was a fan? Every day, my house is full of the music I love played by the people I love. Did I really need a new belt? I have a dozen that fit around my old, smaller waist.

After typing my husband’s school work and begging my daughter to wear something nice and take the ponytail out of her hair, after baking my grandmother’s sour cream cake, after wolfing down food I shouldn’t ought to have et (but which was delicious), and listening to the kids in my life play old Beatles and Doors songs together, my not-yet-three-year-old nephew, Marcus, on air drums with two plastic forks, I did what any old mother might appreciate. I went to Target for some hair dye, sunless tanner, and Slim Fast. I came home to my old house, drank a beer, dyed my hair, and slathered my dry skin with moisturizing sunless tanner, mentally preparing myself for a couple weeks of dietary discipline so that I may take advantage of a fabulous and too-long-neglected wardrobe.

I do believe, at least in the philosophic sense, that old *is better than new,** but it can use a facelift or a tuneup or a fresh coat of paint every now and again.

*not too old
**not necessarily where technology is concerned