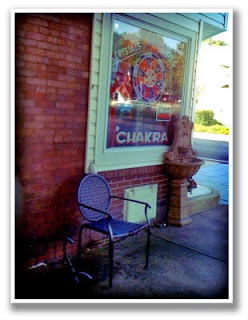 Lest you think I’m playing countless rounds of Bejewelled Blitz and neglecting my writerly duties, I thought I’d make a quick appearance as sort of a placeholder while I wait for inspiration.

Recently on Facebook, I asked my friends, in a cryptic status message, for ten words. That is, I said something like, “Drop and give me ten.” I got more than ten—some delicious, some nasty, some fun, and many difficult, multi-syllabic conversation stoppers: girdle, fleshy, concrete, sinuous, indolent, fender, milksop, tendril, coagulate, mellifluous, profligate, and vicissitude. I supplied the last two words, tea and misfortune. Here’s the poem.

the psychic healer on the corner hitches her girdle
above the fleshy thigh part, spills a hidden wad of bills
to the concrete, then looks at us as she bends, a parade
of sinuous attendant parts folding and unfolding,
a slow dance with the indolent haze of day.
we like to stop our bikes there, feign attention to a fender
while we spy on the Reverend Sister Faye and her milksop
brother, with his mouthful of bobby pins for Faye’s tendrils
which he molds and coagulates against her bare shoulder,
and we can’t tell if the mellifluous calls from cars
are for the Sister or for him, prophet or profligate.
He claps at us to move along, as if the vicissitudes
of tarot and tea leaves were on us,
as if anyone’s misfortune needed to be told.