where are those angels when you need them? at ladies rock camp.

I’ve been raising up my hands—drive another nail in
Just what God needs
one more victim.
~Tori Amos, “Crucify” 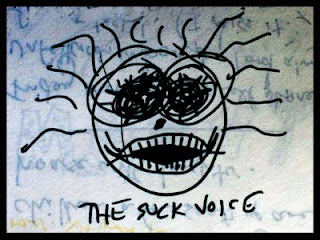 Many of us have this thing I call the Suck Voice. It doesn’t deserve capital letters, but it demands them. Sometimes you comply because you don’t have so much power. It has you by the gonads, so what can you do but cry uncle.

The Suck Voice has a specific goal. It comes out when you are afraid of failure. It keeps you from doing the things you really want to do by reminding you how fat you’ve gotten, how stupid you’ll look, how old you are, how hard people will laugh at you. It tells you, “Don’t bother. You SUCK.” So stop posting your shit photos to Flickr. Stop writing your crappy blog that no one reads anyway. Stop plunking the strings of your guitar and thinking you are playing it. And, damn it, don’t you dare go to Ladies Rock Camp.

On a day that I had my brain to myself—and, it would seem, an extra five hundred bucks—I enrolled for a three-day weekend in August. It’s a grownup, abbreviated version of the Willie Mae Rock Camp for Girls, held in two sessions every summer. On Friday, wannabe rockers can pick an instrument they know or have never played, get in a band, and write a song; on Sunday, they play it in a club.

All sorts of frantic guitarring began at that moment, as I sought out loud, rocking rhythms from bands like The Runaways, who I was always told had learned their instruments yesterday.* So when my husband told me the song I’d picked was too hard to learn quickly, I felt a little defeated. I signed up for some quickie lessons, but neither the teacher nor I knew what would help me. So I plugged the Strat into the basement amp and wailed on it a few days, touching the neck and the strings as if I were an alien encountering some fascinating, shiny object of mystery and allure.

And then I got on the bus. 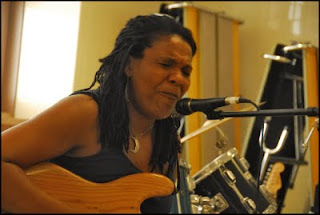 Ladies Rock Camp was mostly what anyone would expect— some instrument lessons; some workshops like songwriting and, perhaps less expected, self-defense; some band practice; some guest musicians. The days began with affirmations that director Karla Schickele calls, “Rock Formations”; we gather in the cafeteria to remind ourselves, with powerful voices and arms, that “We Rock!” Until this very moment, I didn’t get its importance. For lunch the first day, the 39 campers, several volunteers, and the few paid coordinators were serenaded by Felice Rosser, a tall, dark, bass-playing woman with braids and a voice as smooth and rich as hot cocoa.

After her performance, we all asked questions, including the excellent, “How do you play bass and sing at the same time?” My question was about the Suck Voice. Felice calls hers the Shadow, after the Jungian concept. Her answer was thoughtful, and I had the feeling she could have gone on about it, that it was something she wrestled to the ground regularly. On this day, she’d won. She was my angel.

On Saturday morning, my group of ten advanced guitarring ladies (advanced! yes, I was in the advanced group!) had an extended lesson, but the first half was spent on individual questions. I just wanted to jam, so I unplugged myself and took a walk. Felice was in the hallway. “It’s my Suck Voice friend,” she said. “I’ve been thinking about you all night.”

We talked in the hallway for twenty minutes—about being too dark, too fat, too old, too lousy to do the things that make us feel good and how it is that we get our power back. To some extent, it involves being less judgmental of others. But it certainly involves being kinder to ourselves. We found ourselves remembering a poignant scene from a movie.

In What the Bleep do We Know?, some photos by Dr. Masaru Emoto are on exhibit in the subway. Emoto studied the messages from water by photographing water crystals under various spells. For instance, some drops were prayed for by priests; some were serenaded by Vivaldi and Mozart; others were given labels such as “love and gratitude.” The crystals are beautiful, like snowflakes. But one sample of water, labeled, “you make me sick,” is brown and murky—a water you wouldn’t want to even think exists, much less drink. You’re sad for that water, even though you know all this is impossible. 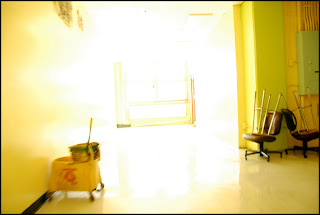 At that moment in the movie, the moment Felice and I are discussing, a stranger walks up to star Marlee Matlin and says, “If a thought could do that to water, imagine what a thought could do to you.” New-age hooey or not, I cried hard. Our negative thoughts rule us! They condition our responses. They set us up for every failure!

Felice told me that part of grappling with the suck voice means believing that you have something important to say. Whatever way we are compelled to speak—with words, with music, with art, with science, with stillness—is valid and important.

“Every day, I crucify myself.
And my heart is sick of being in chains.”

Yeah, that’s right. Hand me my wings. I rock. 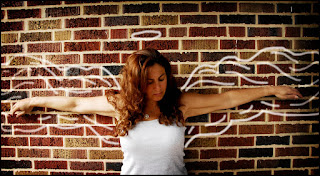 *For the record, I never believed that. Lita Ford should have placed in the top twenty of the best guitarists of all time; she’s that good. The Runaways’ songs only sound effortless. That’s their magic.