I’m a big fan of the shuffle feature of MP3 players. I imagine I’m listening to a mix tape made just for me by some hot wannabe lover of my dreams—a guy (or Brandi Carlile) who has exciting, eclectic taste and tries to woo me this way: with Tom Petty’s “Even the Losers” one minute, Peggy Lee’s “Bewitched” the next.* To puff up a well-known movie line, Shuffle is like a giant box of chocolates filled with gooey centers, some of which you might spit out immediately one day but chew rapaciously the next. 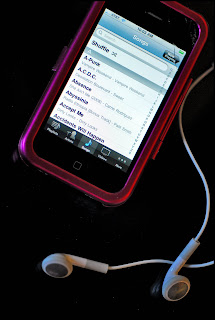 In a bar with friends, someone asked what song she’d find on my iPod that would embarrass me. I probably have a bunch that might make you laugh, but these songs were hand-picked for a reason (I can’t really blame the imaginary wannabe loverboy). So I’m just not going to be embarrassed by Miley Cyrus’s “7 Things I Hate About You.” It’s a girly song that rocks out. No matter what you think about Cyrus or Hannah Montana, this is a delicious little piece of formulaic pop songwriting—with clever, albeit teenage, lyrics and a catchy melody.

I won’t blush at “Radar Love” or any of my Bon Jovi and am rather proud of a collection that embraces both the Seedy Seeds and the Prodigy. When my handyman was here yesterday, Kid Rock’s “Bawitdaba” came on, and I was a little surprised, as it followed a tasty little Jonatha Brooke number. “You have quite the eclectic collection on your iPod,” Matt noticed. I almost hit the skip button, but then I remembered why I put it on there: it rawks!

In the mornings, when I walk, any one of 2,119 songs could pop up—I could listen for six and a half days straight without repeating (though the count might include hours of Vietnamese language lessons). But what surprises me about my iPod is that a few dozen of my two thousand songs might be considered country music.

Wha’? Me? A little bit country?

Last week, “Glory Days” came on the radio the other day while I was driving my daughter to Rock School, and she asked why we were listening to country music. I was appalled. “Country?!?!?!?!?! This is Bruce,” I told her in all caps, boldface, and italics. “Bruce!” I said, as if were in some house of worship and she’d blasphemed my lord. “Bruce,” I repeated, with the echo that accompanies Dana Carvey’s Church Lady’s shout of “Satan?!?!?!” 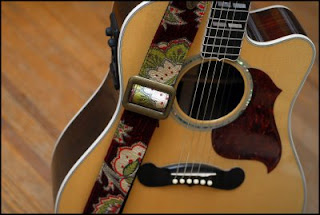 We’ve been writing a lot of songs in my house lately, so we’re examining the structures of the ones we like. I heard Lori McKenna’s “How To Survive” one morning and thought it was a wicked cool example. But what am I doing liking this country-ass song? A few minutes later, I found another to like. “There goes my old girlfriend / There’s another diamond ring / And all those late-night promises / I guess they don’t mean a thing.” Whoa, I thought. Another country song I like!

A few seconds later, I sighed, relieved. It’s only Aerosmith, not country. Wait, how could I have made that mistake? Was my daughter right? Are Bruce, Aerosmith, Tom Petty, and Bon Jovi—all those classic rockers—really just playing country music?

And why do I feel possessive about my Lucinda Williams, my Lori McKenna, my North Mississippi Allstars, but hold Faith Hill, Sugarland, and Little Feat in disregard?

That’s easy. It’s because we don’t love everything in a genre. Rock fans don’t listen to all rock. Country fans don’t like all country. And you can surely like the White Stripes without digging the Decemberists, maybe.

Having the courage to admit you were wrong, especially about your own prejudices, is a sign of maturity. And being hard to pigeonhole is a sign of sophistication. So there cain’t be nothin’ wrong with havin’ a couple countryass songs on yer iPod.

Just so long as you ain’t got any of them thar show tunes. Or opera, which is just show tunes in a foreign language.

This entry was posted in Uncategorized and tagged music essay.