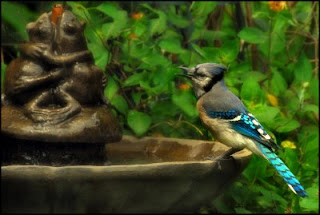 When my neighborhood listserv is good, it’s very, very good. If you forget that your community yard sale is coming up, someone reminds you. Neighbors welcome each other and new businesses and share good news. If you’re missing a pet—or have found one—you can guarantee hundreds of watchful eyes, often successful at aiding in the reunion. (You can also, alas, count on an endless lecture and debate about whether cats should be allowed to roam free or whether the new high leash fines are fair.) The best part about the list, for me, are the emails called “Wildlife Sighting,” which involve birds, foxes, deer, hawks.

Although I hate hearing about break-ins and muggings and shootings, I love that I am not in the dark about the criminal goings-on in my area. I like that several members, myself included, get to the bottom of how a fire started, why police response time was lax, how burglaries are being investigated.

But when my neighborhood listserv is bad, it’s horrid. Unfortunately, when there’s a rise in crime, and it’s combined with a feeling of powerlessness to stop it, ugly things start to happen. Instead of becoming vigilant, some people become vigilantes.

How could we forget the war on drugs? If too many people use drugs, we’ll stiffen penalties for sellers and users. Never mind the systemic causes of drug abuse—a ridiculous insurance industry that leads to undiagnosed and untreated cases of depression; an economically and culturally deprived community; desperation and hopelessness; dwindling resources to address any of the reasons behind drug abuse. (Remember: with the amount of pain I was suffering and the depression resulting from it and a lack of exercise and sunlight, I could’ve been a drug abuser, were I not a person of means. And my desperation and hopelessness accelerated one night when I ran out of my prescription.)

I’m not saying that we should coddle and counsel our criminals instead of punishing them; I’m saying punishment can’t be the only thing we do, or crime and drug abuse continues. The fallout from the war on drugs was our increased paranoia and suspicion. If someone was tired, unshaven, or depressed, or if he had bloodshot eyes or a runny nose, he became a suspect. 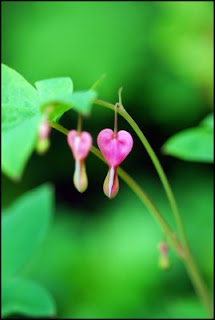 Right now, because the number of burglaries has increased, some of my neighbors have waged war on strangers. That’s right: if you are walking down my street, you’d better be from this neighborhood. And even if you do live here, you’d better be dressed in neat attire, your pants pulled up*, your hair combed; in other words: be groomed.

I’m reminded of an episode of The Twilight Zone: “The Monsters are Due on Maple Street.”** The monsters are us.

As a victim of an armed robbery in the park, I’m not naïve enough to think all the people I encounter in Sector 2 of the Northeast district are law-abiding citizens. My heart doesn’t bleed, but it does beat. And this I know for sure: if you want to guarantee a long police-response time, start calling 911 because a woman canvassing for a charity is about to knock on your door or because a gnarly dude is pushing a lawnmower toward your block.

*Pull up your frickin’ pants.
**Watch “The Monsters are Due on Maple Street.”

This entry was posted in Uncategorized and tagged crime, essay, neighborhood, neighbors.