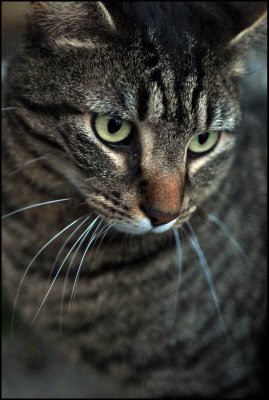 I live in the city’s best middle-class neighborhood. Restaurants; ice cream parlors; knitting, book, and liquor stores; and a beautiful hairdid are all within walking distance, and the purveyors are friends—if not before, certainly now.

Like any resourceful community, we have our own discussion group on the interwebs. Some people use the forum a little too much, forwarding emails about virus hoaxes and warnings to “NEVER LICK AN ENVELOPE.” (Messages from those special senders go right in my spam folder.) Sometimes subject lines contain misspellings or typos, which survive through repeated Replies To All, even after I reply with the correction and beg it be adopted. Most often neighbors ask if anyone knows what was going on at such-and-such intersection or what crime involved police on their block last night. We also have plenty of warnings about daytime burglars and teens casing houses. 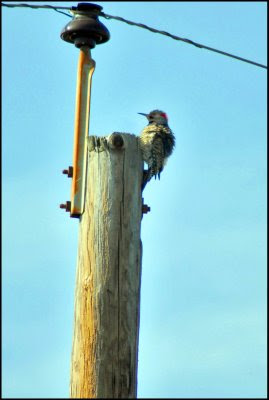 My favorite emails involve bird and wildlife sightings (we’ve had owls and deer, and I found a flicker on my phone pole the other day.) This is one of the best parts of our community. But one of the worst parts is the increase in crime. This morning’s email informed us that a beloved café was burglarized last night.

Recently a debate erupted over fines for loose dogs and then the issue of roaming cats, and it seemed to go on for weeks. Every time I woke up in the morning, I had five emails with “Re: re: re: re: Roaming Cats.” (What? Erase the extraneous Res?) The debate went something like this: Cats should not be allowed to roam. Cats roam; it’s what they do. You control your cat; he doesn’t control you. Cats roam; it’s what they do. Well, if you love your cat, you’ll keep him inside. My cat wants to roam; keeping him in is tantamount to torture.

Yesterday I found one of those roaming cats. His coat was shiny, and he was beautiful and all lovey-dovey—obviously someone’s pet. He was in my front yard for an hour, and I almost sent an email to the list about the Roaming Cat, but I couldn’t make myself stir that debate again. I just wanted to say that pet roaming cats need a collar, because this one was going to join my family. (I would give him a collar and let him go out!) 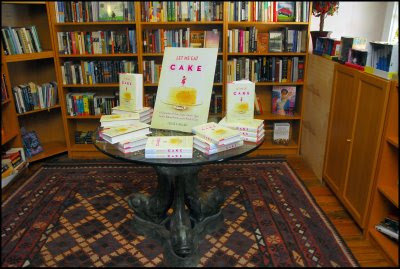 Last week, a neighbor I know wrote to the list against a new topic du jour but retitled her subject: “Speed Cameras NOT kitty cats.” She ended with some PR for me: “We all should be talking about Leslie’s new book, anyway!” The debate continued, sans Book, even after my friend’s second attempt and my own reply (against speed cameras but pro The Book).

And speaking of neighbors and The Book: if you want the greatest muffin in the free world, you’ll find it at the Red Canoe on Harford Road. I talk about that muffin in the introduction to The Book, which is featured in twentiplicate on a table in the front. Grab one before it’s gone!

This entry was posted in Uncategorized and tagged book, let me eat cake, listserv, neighborhood, neighbors, the red canoe.