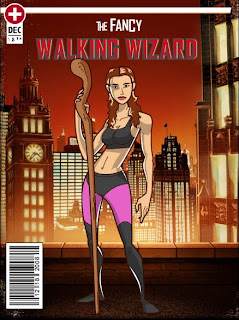 Thanks to The Hero Factory, where you make a superhero in your own (albeit way-skinnier) image, I’ve put a positive spin on my limp. In the last step, after you pick your hair and clothing, you choose a weapon. The guns were pretty impressive, and the nunchucks were exotic. But I couldn’t resist the big stick. When at last I was satisfied with the boots and the hair and the weapon, my superhero was revealed to me: The Fancy Walking Wizard. I’m lucky I don’t need her just now.

On the night I broke my tooth, I thought about alternatives to living.

For about two months, I was nothing like Fancy Walking Wizard. I was one of the Dementors from the Harry Potter books, sucking the soul out of every room I entered, swallowing sounds, suffocating life. Even my eyes were dark, echoic places, windows to a soulless body. As Ron Weasley so aptly described the feeling, it was as if I’d “never be cheerful again.”

I don’t believe in angels or heaven or even the garden variety capital-g god; to me, they are the stuff of novels, like Dementors; all illusion, like magic. But I have been intimate with the soul sucking dark forces. And I was rescued by the super-heroic humans who chose to battle them.

I ratted myself out, and it was like a TV cop calling for backup or white blood cells moving into action upon detection of a bodily threat. Suddenly my corner filled up: a retired therapist who knew it was serious this time; a too-busy psychiatrist who made room for me; an entire community of busy moms who made sure that my family was fed, three meals a week for nearly two months; girlfriends who sat with me, dragged me kicking and screaming to lunches, brought me gifts, and tried their damnedest to pep talk me out of the shit; virtual friends who refused to let my self-worth diminish; a personal trainer who hugged me when I cried about my lack of physical and emotional fitness; and my family, who endured and persevered and never let go of my hand, even though I was, so many days, drowning but not waving. 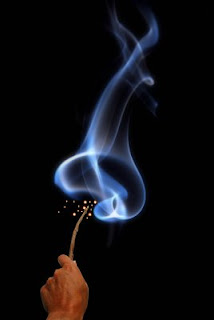 All of these people got into position around my dead-weight body, like girls at the slumber party, each with two fingers under me, and I couldn’t help but be levitated right out of that hole, even though I was so very heavy.

On my first day above it, even if slightly, I went to the gym to sign up for therapy. That night, my husband, my daughter, and I sat at the kitchen table eating dinner, and I cracked what might have been my first joke in three months. I don’t remember whether it was funny; my daughter’s expression eclipsed everything. She laughed. I don’t mean that. It wasn’t a laugh. It wasn’t a chuckle or a cackle. It was a—a patronus! It was a big gleaming mythical beast made out of electrical sparks. It was as if she’d been holding her breath for a lifetime and had just released it in the form of pure, undiluted, unadulterated, perfect, breathtaking, awesome gladness.