The other morning, I called my mother to tell her something. Her voice sounded shaky, like she was about to cry. “What’s the matter?”

“I’m having a meltdown today,” she said, quivering. “I have all these year end taxes, and my printer says the cartridge is damaged, and it’s brand new, and—“

“Tell me about it,” I say. I launch into my litany. When I hang up, I throw a painful temper tantrum. I sound like a siren, a long, low bellowing moan like a thing dying. My voice quivers at the end from the muscle spasm I’ve given myself.

I call my mother back to apologize, and she doesn’t know what I’ve done, so I remind her that I didn’t hear the complete list of her things gone wrong, the ingredients of her meltdown pot. She lets it out, and I offer some possible solutions—like the person I used to be would do. 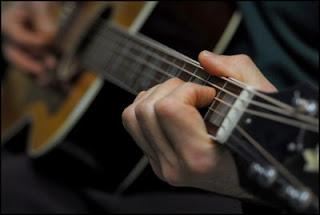 My husband is back to work. He wakes up every morning at 4:30 and tiptoes past the rented electric recliner—where I wind up sleeping the second half of every night—squeezing himself silently in the twelve inches between my laptop table and the fireplace. He makes two cups of coffee and plans his classes. He gives six different lessons a day (fifth through eighth grade social studies, fifth and sixth grade math) and spends two and a half hours every morning doing his preps. Then he makes Serena and himself lunch (it used to be my job), drops off a cup of coffee, just the way I like it, beside my sleeping body, and goes up to shower, sending Serena down to make her own breakfast. When he comes home, exhausted from a combination of kids and the bureaucratic nonsense that adds pointless tasks to his overcrowded schedule (he eats lunch with the kids in the classroom), he walks the dogs, makes dinner or a portion of it for us all, then attends to his various tasks—school meetings, Serena’s basketball, Serena’s rock practice. (He used to be able to nap. One night a week, he could almost get out to basketball. Not now.) Then he goes to bed. Rinse and repeat.

Since school started, the almost-constant delightful and delighted guitar playing has stopped. Everyone is tense. The other day, Marty put his car keys in his pocket and promptly lost them. He patted himself down, checked every pocket, every room. He stood in the dining room and screamed the way I haven’t heard him scream since his father died.

I sat in this stupid, stupid chair crying and loving him and wishing that I could help him or even stand up and hug him—if only he had the time and it didn’t take five minutes to raise the chair and stand. If only it didn’t hurt me so much.

About an hour later, he came home to get something Serena forgot and apologized for his outburst. They keys were in his jacket pocket, under his coat, over his pants. “You ought to talk to someone,” I said. He hissed through his teeth. He doesn’t believe in therapy, he’s lost touch with most of his friends, and his brother up the street—well, let’s just say that he’s only signed as a wide receiver.

Last Thursday, I got a reply email from my sister, yelling at me for what she thought was a tone or an implication in my email to her. She called me a bitch and told me she knows I’m in pain, but I’ve been a bitch since the day I complained that my house had too many people in it (right after surgery). We went rounds, finally owning our faults and making up.

My friends have their migraines and their depression and their miserable days. They fall and hurt themselves. They lose their jobs. And because they are good friends, they have to ask how I am. I feel insensitive telling them. Sometimes I say “ugh” and change the subject or write “ok” in lower-case letters, which I haven’t done since I started reading Ann Lamott. I want to lie and say I’m great. I am afraid my pain has crowded them out, and they will stop coming.

My dogs just look at me from the floor. I know that spending quality time stroking their fur is good for my heart and my mind. But I can’t reach down to pet them, and it hurts us both when they jump up. I slip them some cheese now and again so they know I still love them. 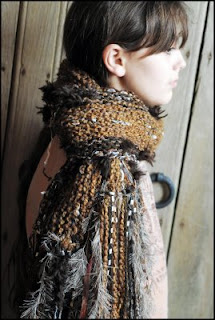 Serena had a stomachache and headache on Wednesday and wanted to stay home from school. She was disappointed that her birthday (on the epiphany) was not met with the usual fanfare. She wanted to have her movie date and sleepover in the attic. But I can’t have strangers in my house right now. I can barely pull my pants up by myself, and someone has to stand by when I shower and help me dry my legs. I can’t suffer any more indignities.

I think Serena is anxious about me. She peeks around the corner to find me wincing while trying to stand. She sees my frustration with the things I drop and the things that lie along my path and the things that clutter my table, and she wonders how much longer it will be this way.

I finger the lumps around the incision in my back. It’s a thick, tough patch, like my life right now. Like the life of everyone in mine. All of us have this scar tissue. I don’t have any salve or balm I can rub on the people I love to make them feel better. I can only sit here and wait.

This entry was posted in Uncategorized and tagged back pain, essay, family, pain.