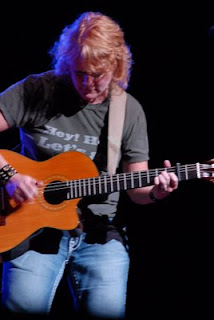 Two confessions. The first will make me look a little queer, as my sister called me last night, when I started to cry. “Oh, shit, Les, you’re so queer,” she said. And the other will make me look, well, queer.

First: Beautiful music makes me cry. Set aside, for a moment, that the notion of beautiful is subjective. The first time I heard Charlotte Church’s giant voice erupt from her tiny body, I cried. I cried when I heard Sungha Jung, age ten, play U2’s “With or Without You.” And I cried watching the Indigo Girls at the Ram’s Head last night. They start strumming chords and singing righteous harmonies, and I have to hide that intensely private moment when beautiful voice meets soul.

Sometimes words will do it: I see them in a beaker, added one at a time, and starting to smoke, like some potent elixir of love, and that concoction is so gorgeous and too big for its container. I spill, too. The first time I hiked Zion Canyon and looked down over the West Rim Trail, I cried; I still cry at the same spot. I am overwhelmed by the awesome power of beauty. I am sure there is another, better way to say it. Nothing can adequately capture that momentary shock of ecstasy. I imagine it must be what people mean when they say they saw god.

So I cried at the start of the Indigo Girls concert last night, and I cried again when they played “Power of Two,” the moment the first note began. I told Beth that my daughter, Serena, would get in the car when she was a tiny little girl and say, “Power of Two,” Mommy, “Power of Two.” She knew all the words. I buried my face in my hands. “Uck! You’re so queer,” Beth said. 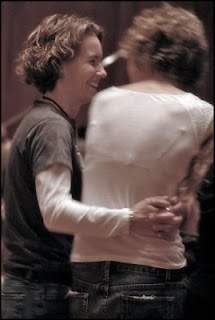 Second: I sometimes go chick shopping at the lesbian mall.

That’s not a particularly sensitive thing to say, but I liked how it sounded when I thought of it last night as the title to a funny song I would write later. Ladies, you know you’ve done this. A year ago, I went to see a local male musician and wound up talking to my friend about what women would be our type*, if women were our type at all. (I’m not going out on a limb here when I say that straight men probably don’t do this about other men; even if they think it, they don’t share.) Some friends approached in mid-discussion, and we asked them if they’d ever given it a thought. One had; the other vehemently denied having ever done so.

That game gets replayed at every girl-band concert. You know how you got a contact buzz when the people around you at the Bowie concert were smoking pot? There’s a sort of contact-sexual-orientation thing that goes on in a room with two thousand lesbians. (Even the men at these shows are lesbi-men—not gay, but pro-woman and not afraid of their feminine side.)

The Indigo Girls (with Julie Wolf last night, W00T!) are some hard-working broads. Though they played some of my least favorite songs, they outplay nearly everyone I’ve ever seen. Seeing a woman lord over a guitar the way these women do, the way Jonatha Brooke and Brandi Carlile and Missy Higgins and Nancy Wilson and Suzi Quatro and Chrissie Hynde do, just makes me proud to be a girl. 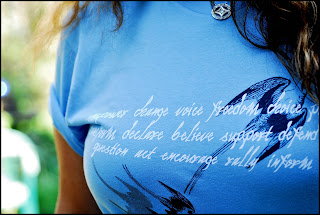 Women are powerful—in pairs, in groups of a thousand, by the dozen, individually. But while a woman guitar player can push my happy button, it still matters what she’s saying. I can’t get behind her if she makes a lyrical demand that I put my faith in Jesus or help take away women’s reproductive freedom. It’s not enough to be a tough, strong wearer of lipstick. You don’t score with me by virtue of your vagina. It’s not enough to be named Hilary or Sarah.

It’s when our ideals match that your womanhood can—and even should—give you the edge.

Nothing queer about that. Only beautiful.

What I like most about the Indigo Girls is their duality. Amy is dark; Emily is light. Emily is often associated with the prettier melodies, while Amy writes the more brooding songs. Two of my recent favorites are Amy’s “Tether” and Emily’s “All That We Let In.” My daughter is actually learning to play that one, her favorite.

This entry was posted in Uncategorized and tagged barack the vote, essay, indigo girls, woman, women.