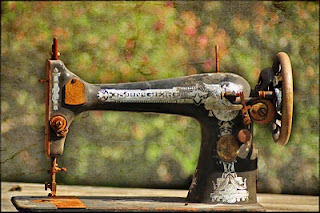 The change machine at Safeway spit out a Tennessee quarter, guitar-side up, and I considered it a sign: I should play my guitar! I consider everything a sign these days: the sale of a photo, the rejection of a proposal, an un-stolen iPhone left in an unlocked car with all the windows down.

But I’ve changed how I deal with the signs. Last year, the rejection of a proposal meant giving up writing altogether. The sale of a photo meant something else would go wrong. An item of value left in my car overnight would not have signified my incredible luck but my overwhelming carelessness. Eh, I say now. Mistakes happen. But maybe I should buy a lottery ticket!

Is this really the result of a simple attitude adjustment?

A year ago at this time, I might have told you it was impossible. I might have argued with you the way I argued with my mother, who has, for years, told me to smile and pretend, because there’s a chance it could rub off. But she was right.

I’m not saying you can become happy—or even that you should. Who said happiness was a normal state? Some of us are not cut from cheerful cloth. But we don’t have to be miserable. At least we can be less miserable. 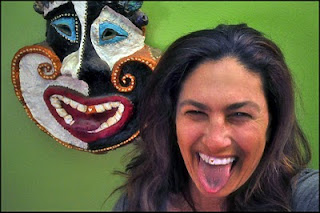 When I didn’t believe in it, I thought those smilers looked like morons. In truth, I was a little resentful: what did they have that I didn’t? Probably a song in their heads or the memory of that grove of iridescent grackles or a picture of their kids playing saxophone along with Pink Floyd’s “Us and Them.”

The famous and handsome author/filmmaker Michael Kimball (Dear Everybody, I Will Smash You) and I discussed happiness at lunch one afternoon. He told me that smiling has been proven to release endorphins that cause you to actually feel happier.

So I’m sitting here now, smiling, on a gray day. Did you catch that? I spelled gray without an e; the latter seems so much more moody and dismal that I rarely feel compelled to use it anymore, even to describe those annoying squiggly wires coming out of my head en masse. I’m sitting here composing, writing, typing, with a smile on my face. Do I look like a moron? Maybe, but I’m a moron whose daughter rocks, who is writing in the face of rejection, who is listening to “Us and Them” on her un-stolen iPhone. I am a @#%&*! smiler who has a shiny Tennessee quarter in her pocket, a smiler who is about to play her guitar and sing.

What will you smile about right now?